Sickle as weapon - question for players

Personally this is how i'd make it, though.

The grim reaper kinda sickle mind you, as I am aware there are different ways to approach this.

Attack Speed: Questionable axe speed to compensate for the special.

Charge Special (this is subject to change, don't hate pate):  Because of the curved nature of this blade, the charge attack can go through block, and the charge acts just like a normal charge attack as well, not something like a fixed animation like the spear.   Mind you, if the person blocks the hit, they take less damage than not blocking, but granted they will take 1 point of damage.   Though remember guys, you can also try rolling away, swinging your weapon to clash, or even kick (because I think to balance this out, the scythe/sickle charge should be kickable thus giving some fighting power.

This will promote players to think differently and find better defence strategies, maybe even get players more aggressive.

The Special: We have two choices, give it a little chain like the animoo people see, and make it to where the sickle/scythe does 1.5 damage on hit when you throw it but also if it hits, it pulls the enemy to you, it's blockable ofcourse. (Pretty much a more damaging infinite use rope ability, BECAUSE F*** RUNNERS party.)
Or, we can make it to where the character does a grab attack on hit and tosses the enemy away whereever the person points, doing 1.5 damage.  (more damage from hitting items I presume)

The throw could be normal, or we could have some fun with it and make it like a boomerang, throwing and hitting an enemy guaranteeing that it comes back to your hand, but if blocked, kicked, or dodged, it would simply not.   Also this does have the normal weapon return cooldown, even IF it came down, so you can't spam it.

Surprised Egze hasn't threatened to ban you with your dead memes you've been posting around.   And filter can censor but so much, and even if it does, you can't change what people are gonna say, their gonna say nigger, either you like it or not, because people can make the word nigger in 300 ways.   N!gger Niger, Nigr, Niggur, Niggar,  Niggel,  Nig nig.    It's how everyone just says FOCK, and FAK, or whatever.

WOW, [Insert snide comment here] Well least it's finally over with, thank you egz, you're not a bad guy.    Now I can love our developer again.

A beta?   Yea it really LOOKS like it's going in the direction of a hack and slash.  Also I don't care if people don't like the truth, they can stuff it and learn to deal with it, because this game is going downhill.

IT plays just like the siege game Egzekutor . . . I MEAN . . . really . . IF THIS IS WILDS.IOs last chance . . . who's fault is that?   People said once when I dissed wanderers.io "Oh he can do what he wants as a dev and make what he wants" That's true, but he's not gonna be able to do anything once he wastes resources on something like this.  I personally admire his skill at creating games but NO ONE is gonna stay on and play this . . it's a switch from a skill based, hack and slash to click and drag survival.   TELL ME who is in the wrong, me?   Or the community not foreseeing this and voicing REAL concerns.

No, I'm going to sit around and be the 'bad guy' but it's true . . . there isn't player competition . . . it's just slaughter.   There's no tense moments . . . there is just people ramming into other people.   SIGH And what is there left to kill in wilds.io while we are at it.   WE HAVE REAL issues that have easy fixes and he's off in wanderer.io dreamland.   HEH what's the next update?   BOTS?!  He's gonne need em.

Can't wait for this crap to die.  So he can get back to fixing a REAL game . .

I got on this forum after seva was destroyed, sadness be about my mind.  But being banned by Rezoner is fair game, he got himself into that hole and Rezoner had to have done some investigation . . and this is coming from someone who personally doesn't like Rezoner for abandoning wilds to its broken state.

Even if all this was true about Seva being the most creative thing that ever happened to this forum, what can be done?   He can obviously get a phone, and use that instead to make another profile because IP blocking goes so far (if that's what happens, I don't fucking know because I never got banned) but he isn't going to get unbanned, it's not happening.   And it's quite obvious that the forum has already reached it's community climax and went into a downward spiral.

This is why we need you for a mod. 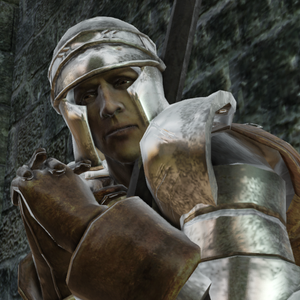