Youve got to look on the bright side of life, man. When I was fourteen I didn't even have the courage to ask out a girl. It seems like you have your relationships with your friends and classmates figured out pretty well, which is something most people can't say. But I got to back up what mom's said, stay away from your computer a little more. You seem like a really social and friendly person, so don't stress.

I agree with you partially. Bow is only a big problem in arena. Myself, I believe bow shouldn't even be usable in arena. However, I don't think that the nerf ruined it. As soon as people take a little time to get used to it, it will most likely be just as good as it was. Maybe some people will have to revise their strategy with it, but overall I don't think it was ruined.

The first idea I like. The second one in okay, but should have more waves. Maybe a mix of monsters?

You are saying that you can't effectively attack a stunned player without arrow(s) if you have bow, correct? Well why don't you place a bomb and roll? Or throw a knife and kick? Why not throw your bow? Or maybe use your special for this instead of just randomly shooting people with it. I mean, heck, you could just hit them with your bow and then roll, and that's around as much damage as a hammer, more actually if before or after you stick an arrow in them. See, you have options when you stun people.

And the stamina drain on the old bow was tiny. You recovered it as soon as you shot your arrow. People in fort all the time would just run and spam.

Yes, you are right. It's harder now to fight bow users at range. I think that's a good thing. Bow still is ranged, but it's not as powerful.

I use bow, and my question is:

Whats so bad about that? Is there any skill in spamming arrow after arrow and hoping one is lucky and isn't blocked, dodged, or kicked? You should learn to roll and kick and actually FIGHT instead of just throwing arrows and hoping you hit someone.

I was playing with bow and I didn't even know it was nerfed - maybe it's because I haven't played in a while, but it seems fine to me.

can you have an option to Chang hair like no …

Yeah you need a description. I agree with different hair/beard that is purchasable in shop, but not color change. Might make teams confusing

Looks good -- I really like the little bit of blue when you put down a clone :)

What's brai said is true about the camera

Lol Pubg. Those kinds of gamemodes are wildly popular right now so that would be goo

See ya around bilboo... or mahybe not anyway it was great knowing you 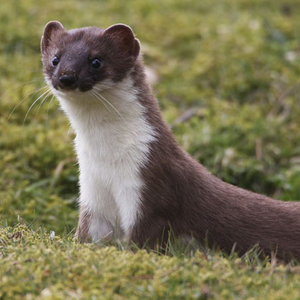