It's been a while.

I haven't played wilds in forever, glad to see you guys are still around and doing well. This forum is such a crazy nostalgia blast. The good old days were truly good, and it sucks to see empty servers now. Whatever, all good things come to an end, right? It was a great ride while it was going, though.

Stay safe and sane, everyone. Y'all are the best

an exploration feel to the game

Cycling maps has been a dream of mine for a while. I feel like something like this would definitely keep players interested in the game. Maybe we could cycle not just new maps but game mode, like having ctf for a couple and then some new fort map for a couple weeks, etc.

Of course, this is a lot of work and would probably make the game really heavy and laggy. Rez has talked about moving the game to a more powerful engine, but I don't know if something of this scale would ever be possible to be added without sacrificing quality of gameplay.

My record is only about 130. For some reason I've always had a hard time getting large amounts of bones. I take too many risks.

Remember, kids: if you are suddenly attacked by 5 people from grey team at once and have over 100 bones, RUN FOR YOUR LIFE.

I agree with egz. Starting discussions is good for this forum, whuch is kinda dying now and definitely needs some activity. Your post is totally fine.

20 is a lot of wood. 8 is definitely more reasonable.

It's because we all love the way you correlated your 6 month old campaign to "destroy wilds" (which fell apart after a few weeks) and the fact that the game is now "dead"(which it's not).

You guys know that making posts like this doesn't really help anything, right? Nothing is achieved when you go around running yelling "The game is dying! The end is near! We are allll going to dieeeeeee!"

We could spend our time whining because it seems like there are less players around, or we could be making constructive, helpful posts about the game. Which option will it be, guys?

Maybe another purchasable voice in the shop?

It should look almost exactly like a health pot, but when you drink it your screen goes all distorted and the controls get messed up 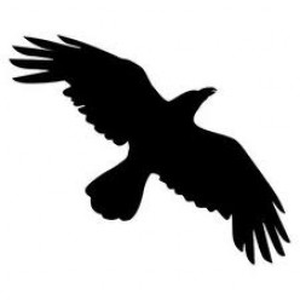