I am Seraph, formerly known as Acolyte, Magnarokk, Azhajorath, and my first true name: Frostfang.

I was in a tribe before they existed, such as Wallshifters (temporary, was disbanded months later) and Vigilantes, which I still remain loyal to.

Over the days of Wilds I grew better and better, until eventually Beta came, it was super wonky and such, which led me to getting my first weapon other than axe; the hammer. It seemed powerful at the time, more than ever.

There were lots of pits in the current ruins map, and then the second map + balances came.

Such and such, and now I have my greatest achievement: Skill, a snazzy style (crusader helm + angel wings) and high rankings in arena. Some even recognize me.

Let's discuss new spear! Is it worth to play with …

Absolutely, I don't regret buying the spear long ago anymore because as Lord here mentioned, it is quite useful against runners, and with the lunge attack you can dash in, Charged attack the nearest 2-health enemy then dash out to look for the next. You can even have your own duels with it, as if you can dodge rolls, that's almost 2 health plucked off of the enemy. If it's meta in browars/arena is yet to be decided, though it's good in 1v1 if you time your lunges right.

Maybe, it would be cool to have a golden-plate horse, maybe even a poison-tipped lance too?

Bumping because I actually want this to be a thing.

That's me in the gif's chat, sorry for the bad language I was really ticked off by losing a lot of matches, specifically 1v1s.

+1. Maybe have an opened-up map where players can have lots of distance but begin closing in the map over time, forcing the players to fight and not run for too long. If aimed right, perhaps the horses can also take damage. If the horse is killed, the lancer will be slow and left open, easy to kill. Though not for long, as the horses could respawn after only 5 seconds, as it is essential to the mode. I have other ideas flowing but can't get them all out. Good luck getting this mode in-game!

Weapons are no longer throwable in graveyard, I don't find that good, as it was a tactic to keep them from reaching you, and with the new spear mechanics it could've been a piercing knock-out to unaware players to keep both the target and the hunters(shadows) on their toes. What happened to that?

I'm gonna turn off my adblock from now on whenever I'm on either of these sites. (wilds and wilds userecho) Thank you for letting us know about the publisher crisis.

I like the black-gold one best, should fit with those that reside on the None team. 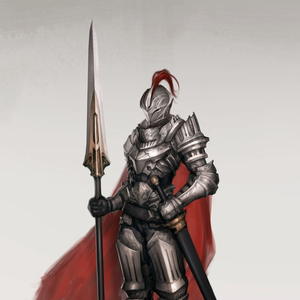