Ahoy there. It's a bit fresh so the community feedback is very much welcome. Do you like this mode? What would you change or add?

Just see my other posts about asymmetrical map and dash-jump exploit.

Yeah, didn't try it then, just did, the new map seems awesome.

I have an idea for this mode. Not stupid would set a time limit like in football, and add a limit of stolen flags. Twenty minutes and ten flags, provides sufficient length for one game. Everything, of course, can be changed, the time and the number of flags. This is just an idea for which I got today playing in this mode.

Yeah I like the new(new) map, It feels good to play. I can't really tell until more people get on though 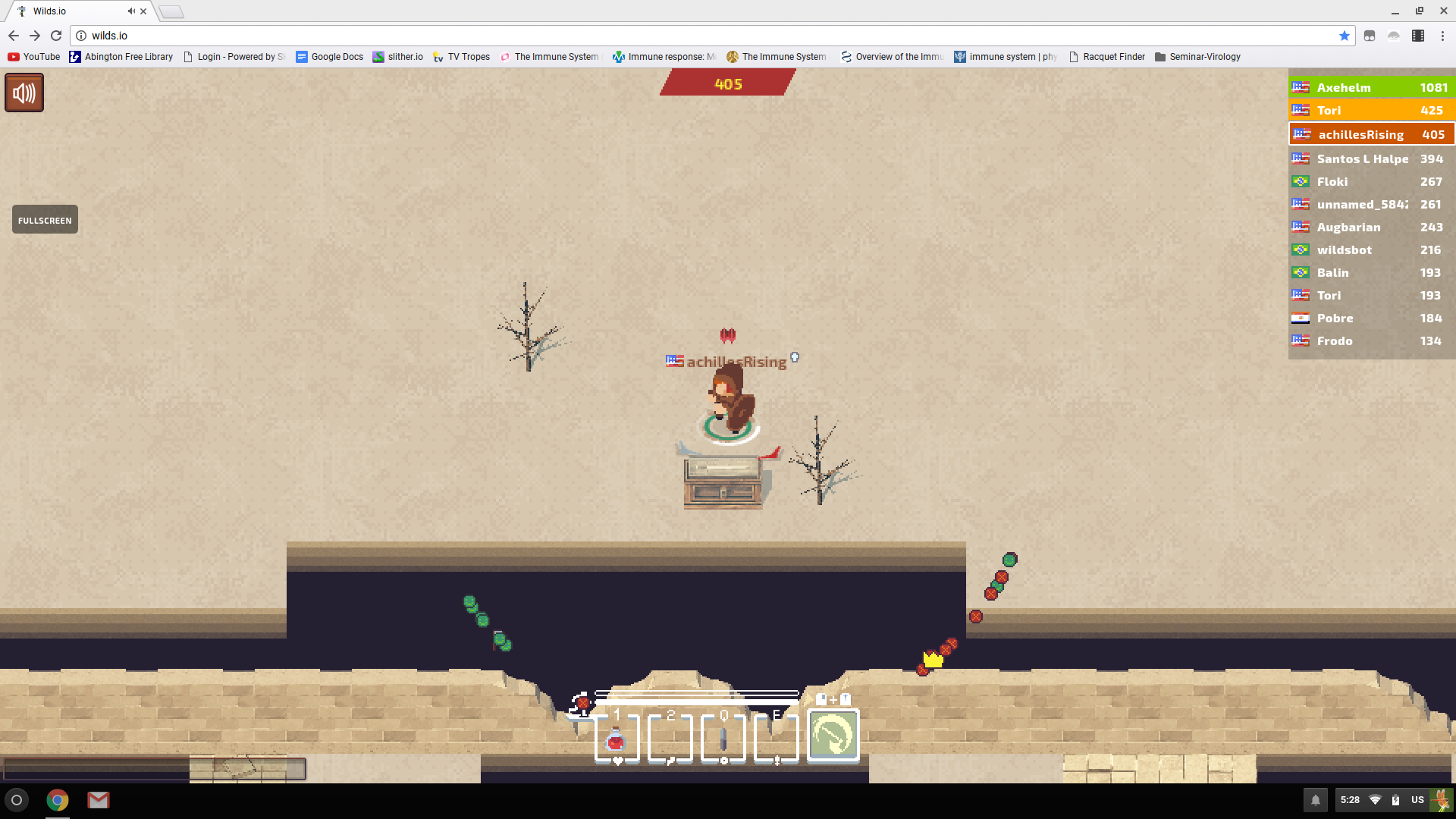 Sadly, the sword thing doesn't actually do anything...

Also add a Wolf to the game.

Have something like if your team scores either a wolf or a bear spawns. or something cool like that.

Which, of course, means this... 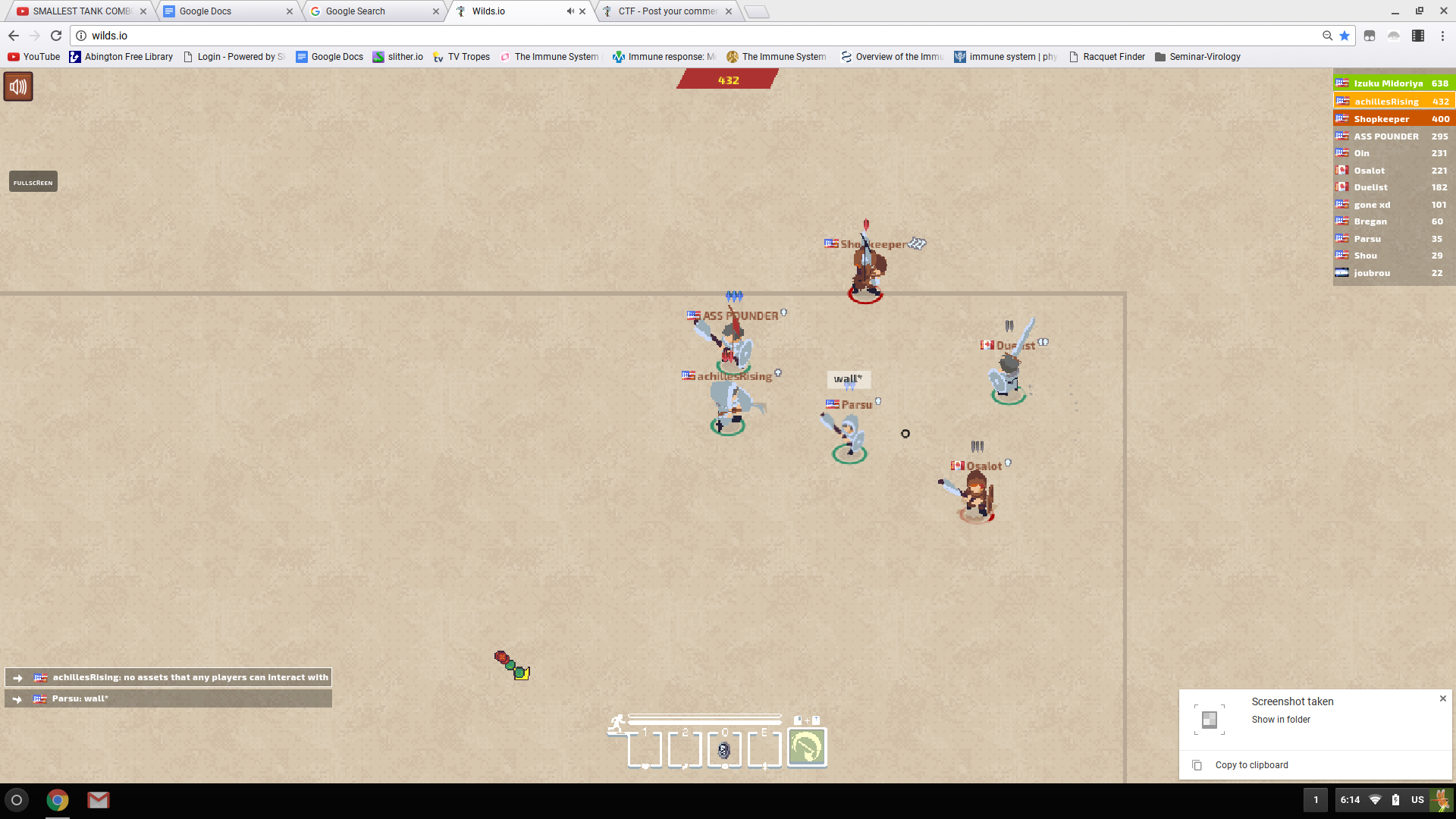 May i know which weak point of the map you exploit? otherwise i can't fix it

That corner right there 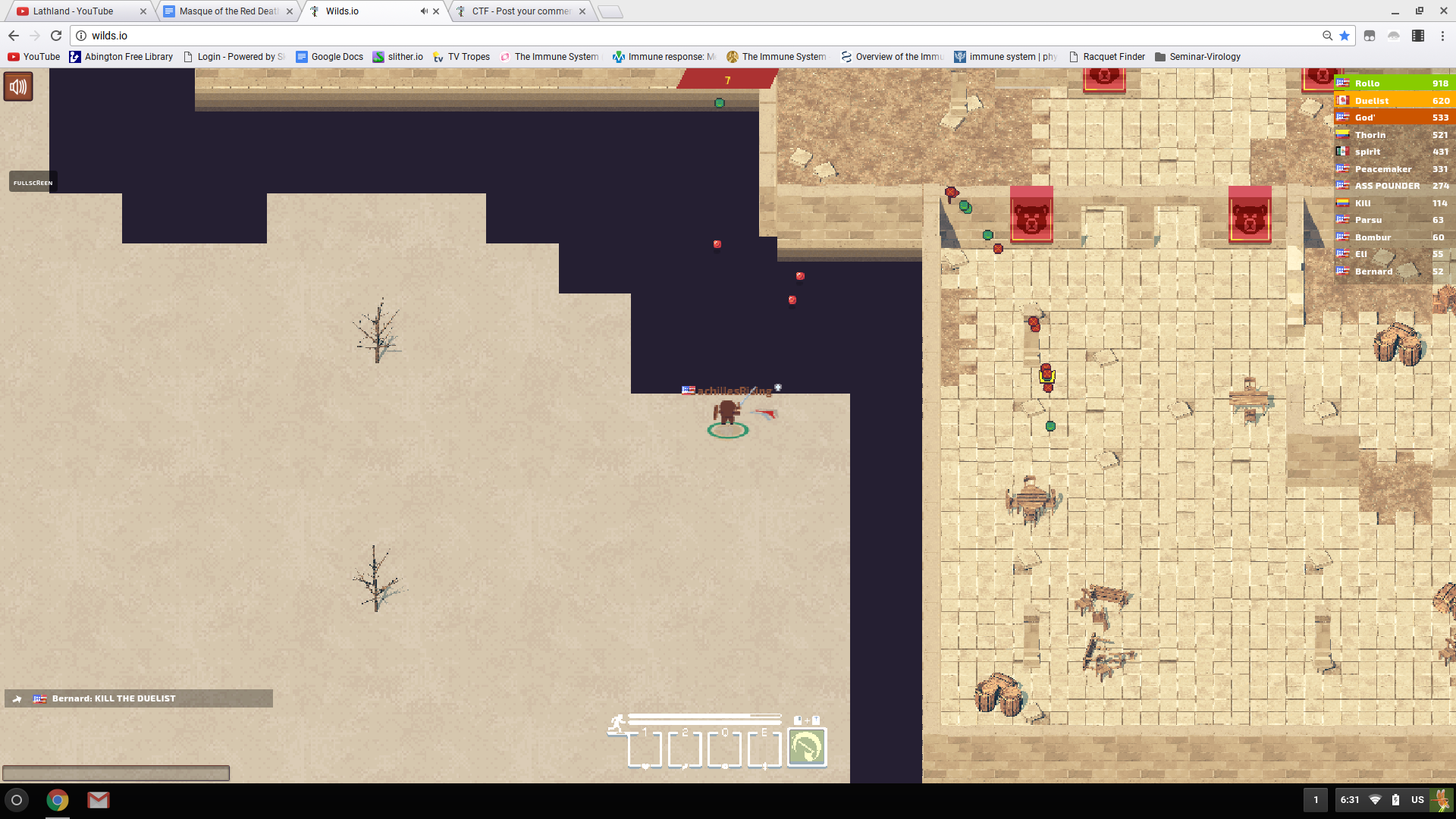 In map is 2 corners with that transition. Second is there: 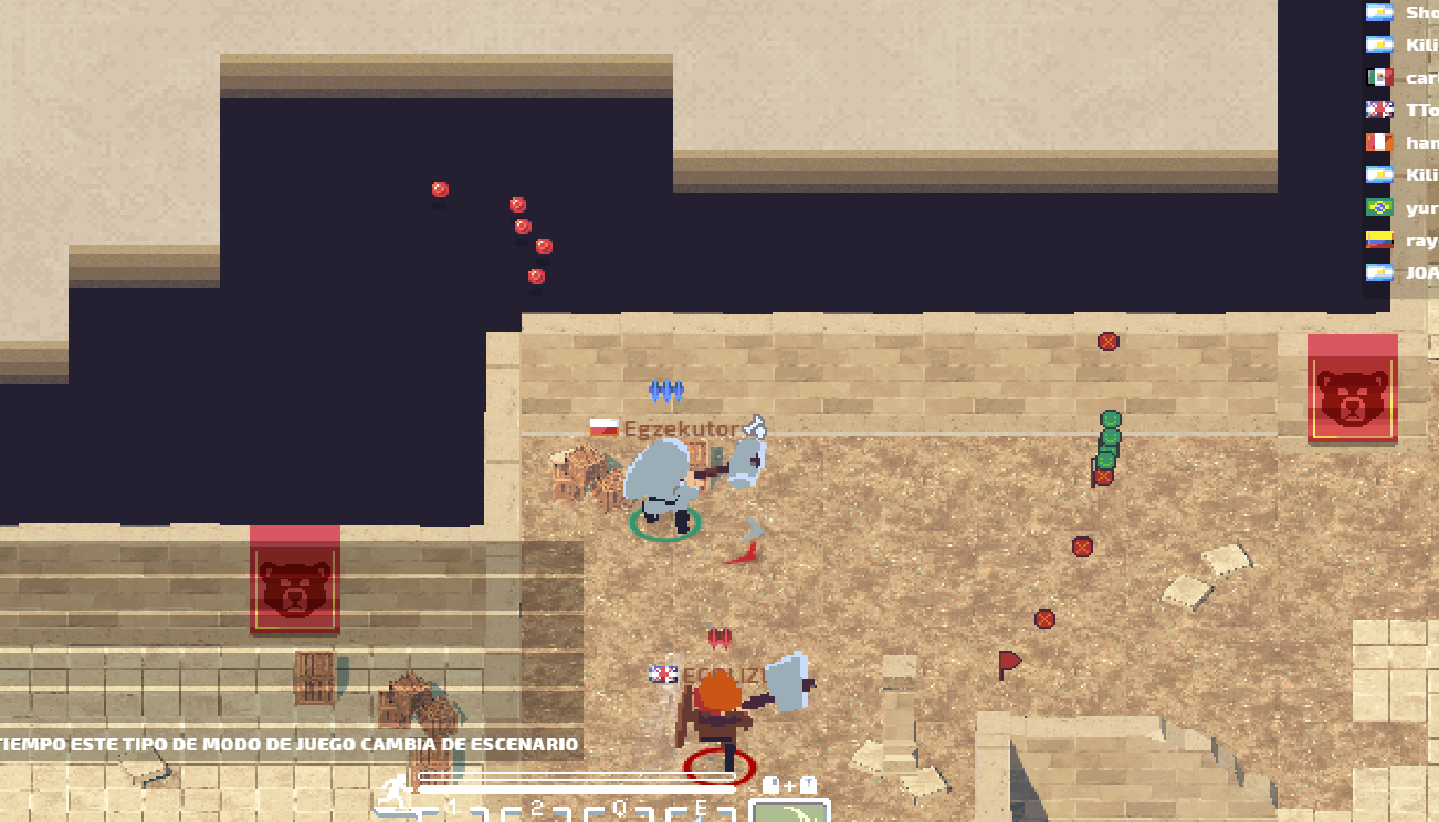 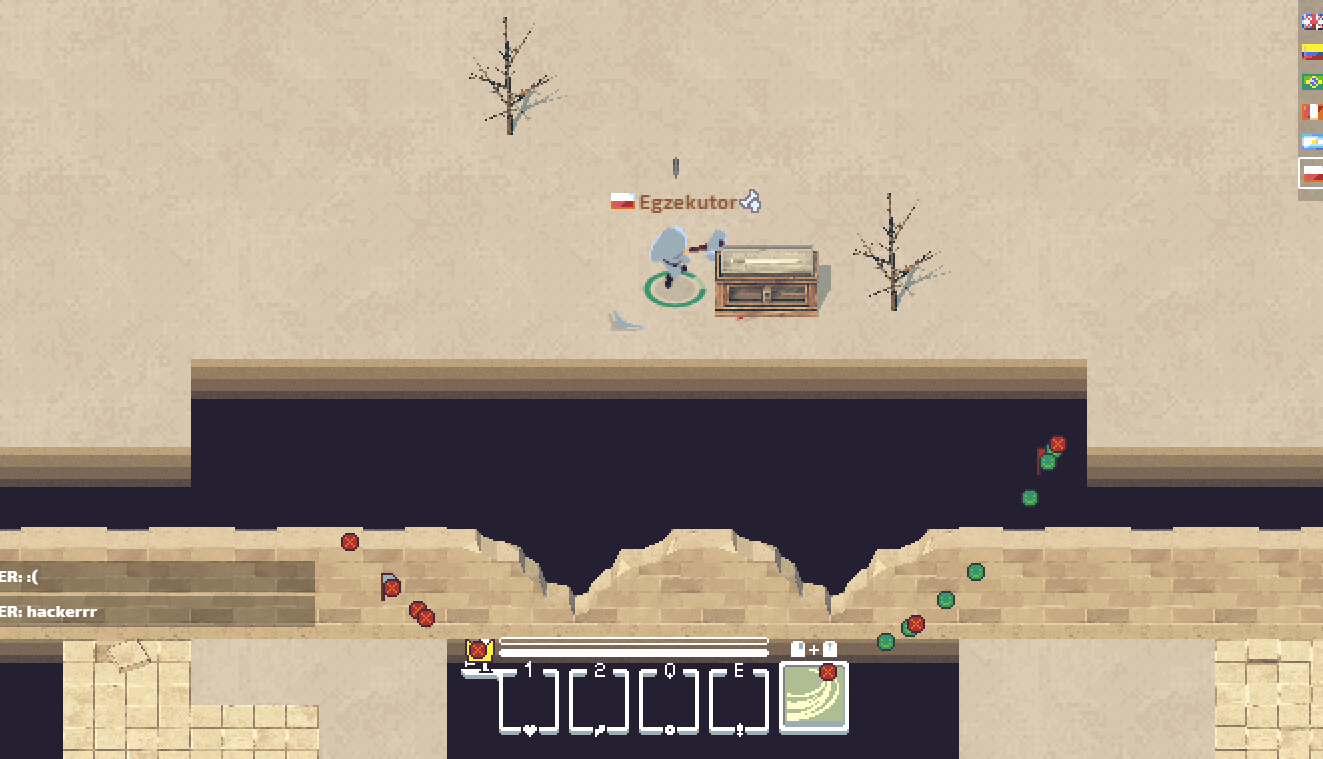 I like going outside of the map, but not running for two minutes to hunt someone down. lol. Make it about a quarter the size it currently is

How many pounds per square ass do you pound?

They have both flags, so noone can play ctf. Its a long walk to the corner btw. Several minutes of sprint-jumping.

In map is one more thing that is hard to dodge, because it's hard to see. I mean this two columns: 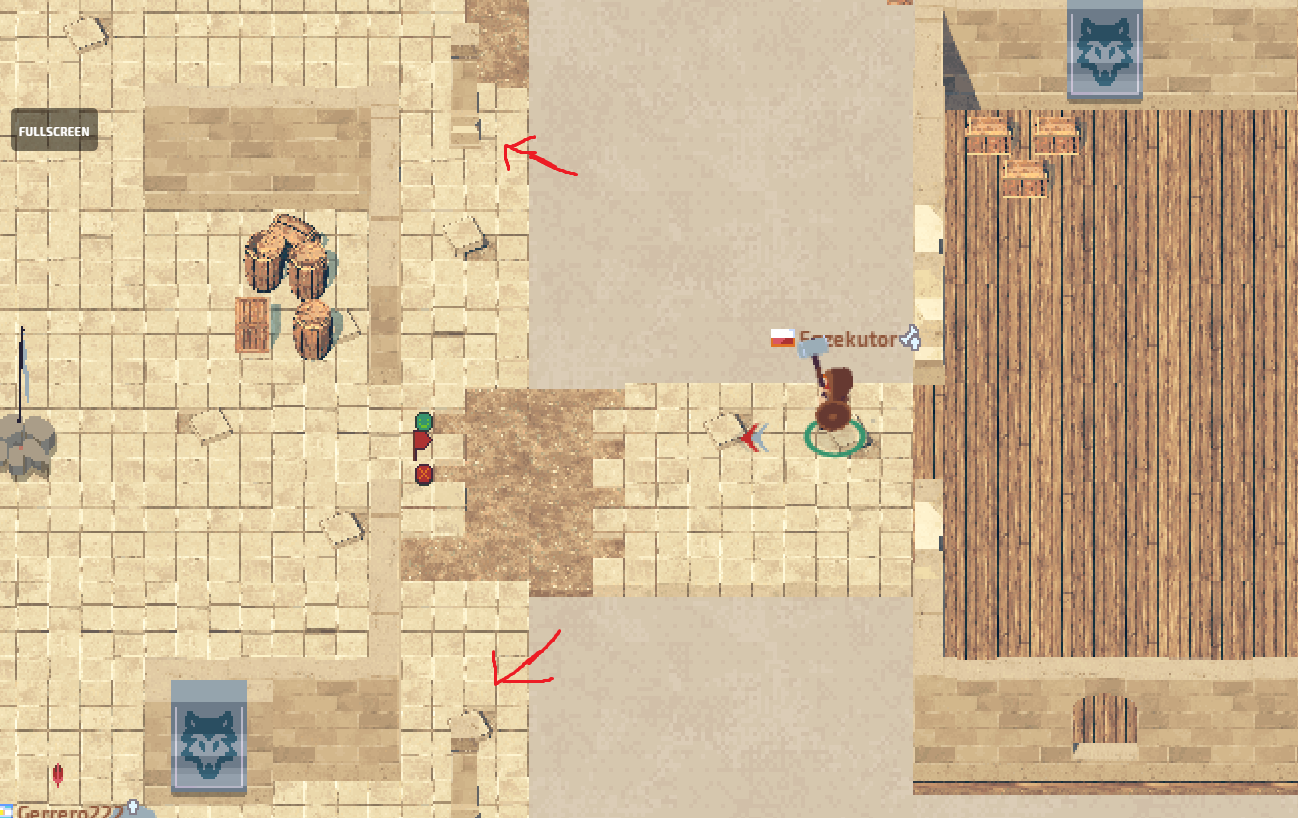 +2
Rezak 3 years ago
Correct the mistake 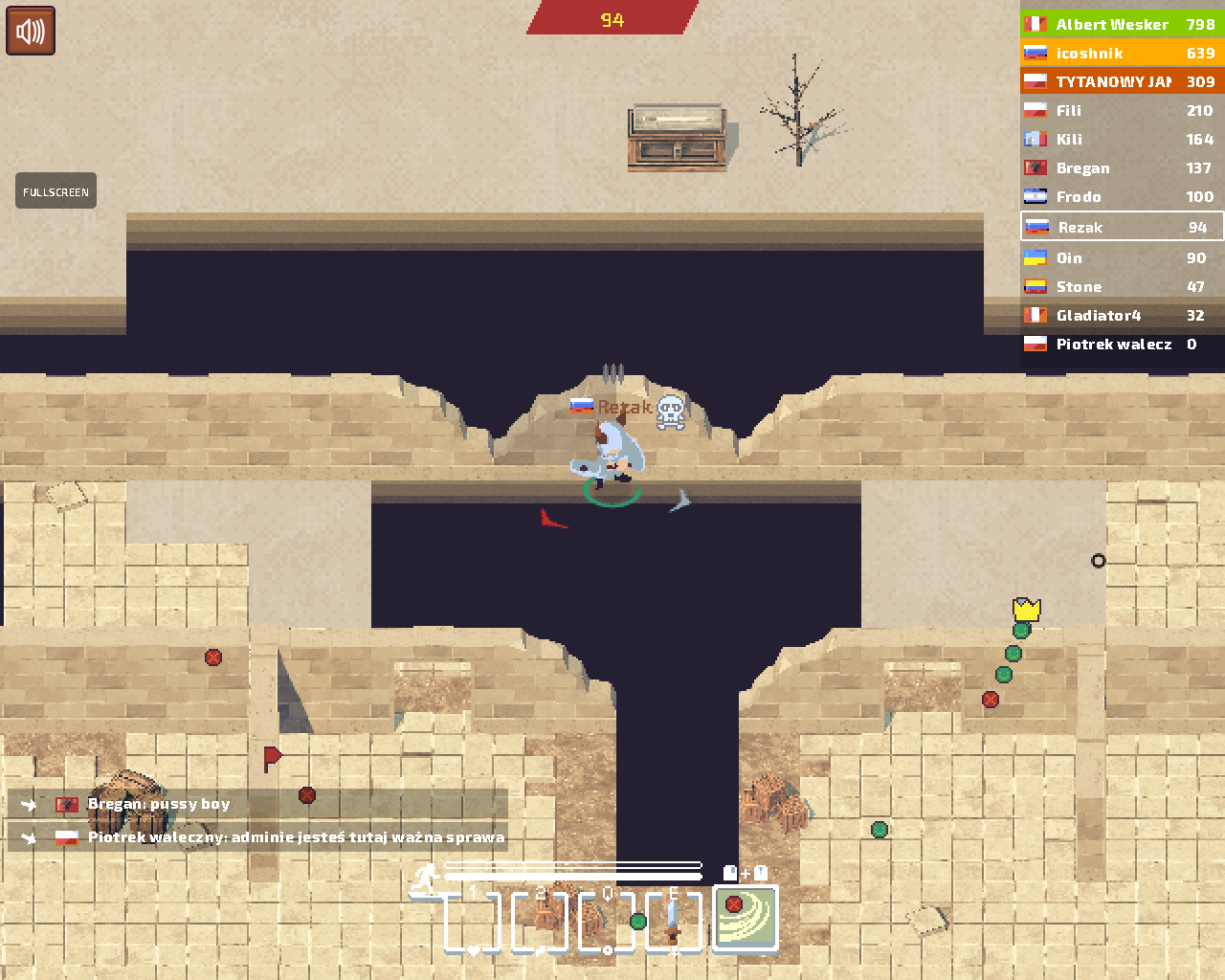 There's a hole in the floor that you can't see.

Also I'm not a big fan of the dark background with the smiley faces. I liked when you could go outside the main walled compound, but not by using glitches. When you had the holes in the walls, that was really cool, and I liked that. Just make the map outside the walls smaller.

Fixing the holes. As for the outside world - sorry but too many players have been jerks - taking the flag outside and ruining the game for everyone. We are loosing players that way as they enter CTF and there is no flag anywhere around. 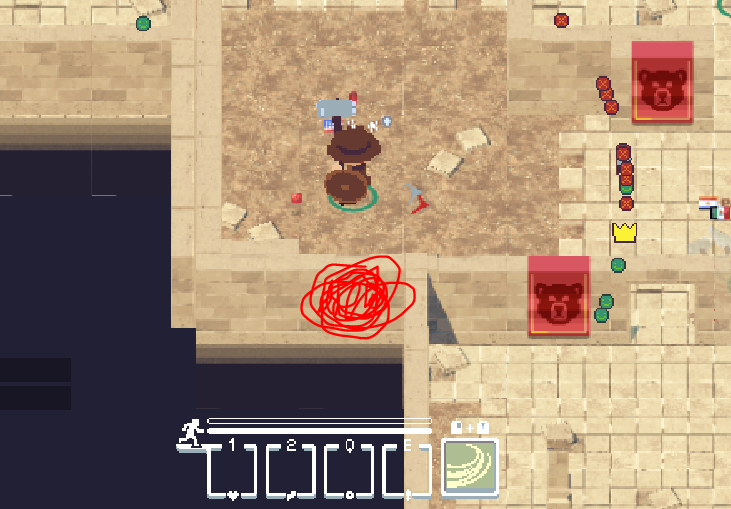 There are also a few others, in less ventured locations.

I agree there should be some sort of limit to the amount of flags that the team should be able to capture. And the game shouldn't just end after the limit is reached. I like a amount of satisfaction after doing something so I think the game should indicate who wins. My final idea would be teams like with soccer. If any of these ideas are added I would really appreciate it. 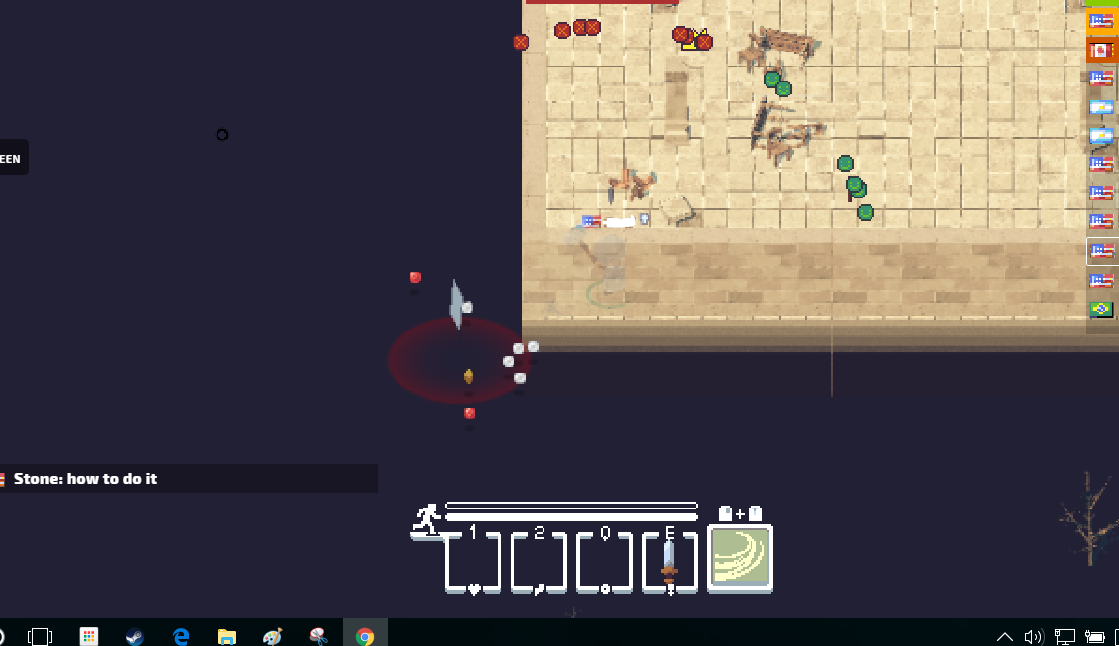 Flag Magicly Spawns outside of the arena ;)

Hint: Barrel can push you through walls.

The traps to the soil foolish they kill us and have little to avoid them ... You could put them as the door? They open and they close?

they should make it so you can dash over them without getting hit.

I think the map size is fine. Please just zoom the camera out a bit, it's really hard to fight.

Just zoom out the camera to the pre-ctf version.

Just go to settings on your browser and zoom out. lol

Rezoner there are too many bots! If you're going to have like 5 bots per team, at least make them good enough to path across routes instead of all walking into a wall! 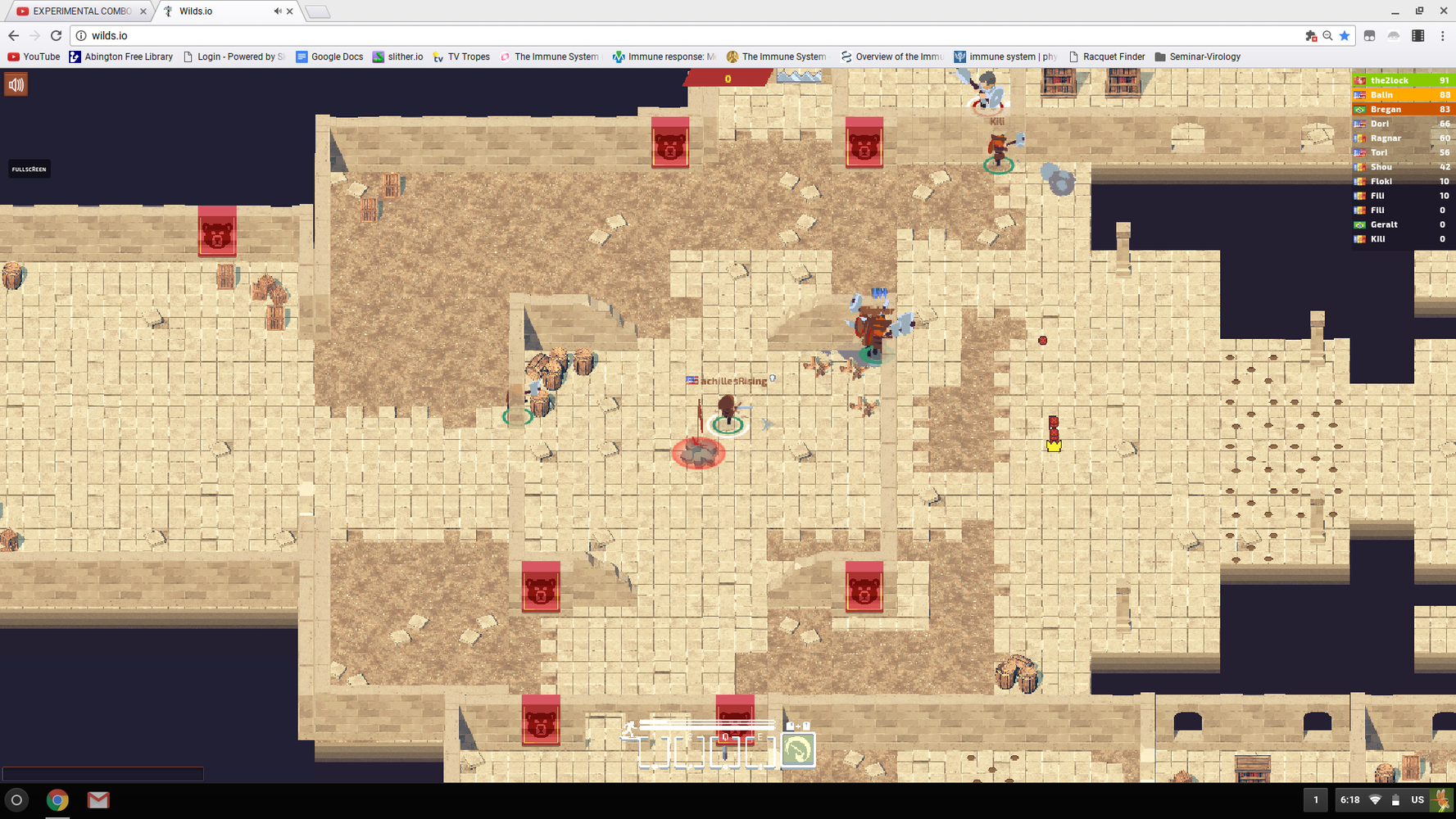 MAKE A SCORE BOARD

Are you polish i know this game is creater by somone polish i even polish i relly imprest on this game!

what is that thing with sword in box?

I really like this game mode, however, I feel like there should be more to it. Therefore, I have come up with a couple ideas for this game mode.

- Traps that players can activate to prevent enemies from escaping / reaching our base. If I activate a trap, then it shouldn't affect my teammates, only players on the opposite team. There should be a timer after the traps have been used, though; like 30 seconds - 1 minute or something.

Just something to spice up CTF!

i saw some grass and some green trees but only in a tiny area. perhaps the map could include more of this? how about you make a new game mode with a large world. the worlds edge would fall off the screen. there could be oceans islands different terrain's and mini civilizations.

how about 2 large islands with a city for each team on it. the city would have an arena for practice battling. you could battle actual other players in it monsters and non player characters. this could replace training, 1 vs 1 battles and you wouldn't have to make a separate monster battling mode.

when you start you would appear in the city center and could travel around the island. you could swim in water but at half speed and you would have a swimming bar which makes you drown when it runs out. more small islands could be added around the place each would have a different terrain. the main islands would have a desert with a town containing shops which sell different weapons. a snowy area up in the mountains with a Nordic town. a jungle with a cannibal town which could sell skins like the shamans mask or staff. a forest with friendly elves in it and a town in the trees. and some open plains with a town selling horses. there could be different terrains for each team or they could be the same. each terrain would have its own monsters on it.

I would like to be able to login using Google. As I use google for most logins it has become highly convenient. Also on Ranked I would like there to be a button at the end saying Again or Retry just so you dont have to go to the main menu click again.

Loving the new mode. It might be nice to see some more fanfare when a team scores. Maybe some kind of visual text animation on screen, or maybe a full round reset where all players respawn ?

A free world, more skills, bosses (mythological creatures of the game role (Vikings or Greeks look alike)), being able to have a house or territory and share it and do things with other players

There, where Shou is, i can go only by dash, i can't go there by normal walk. 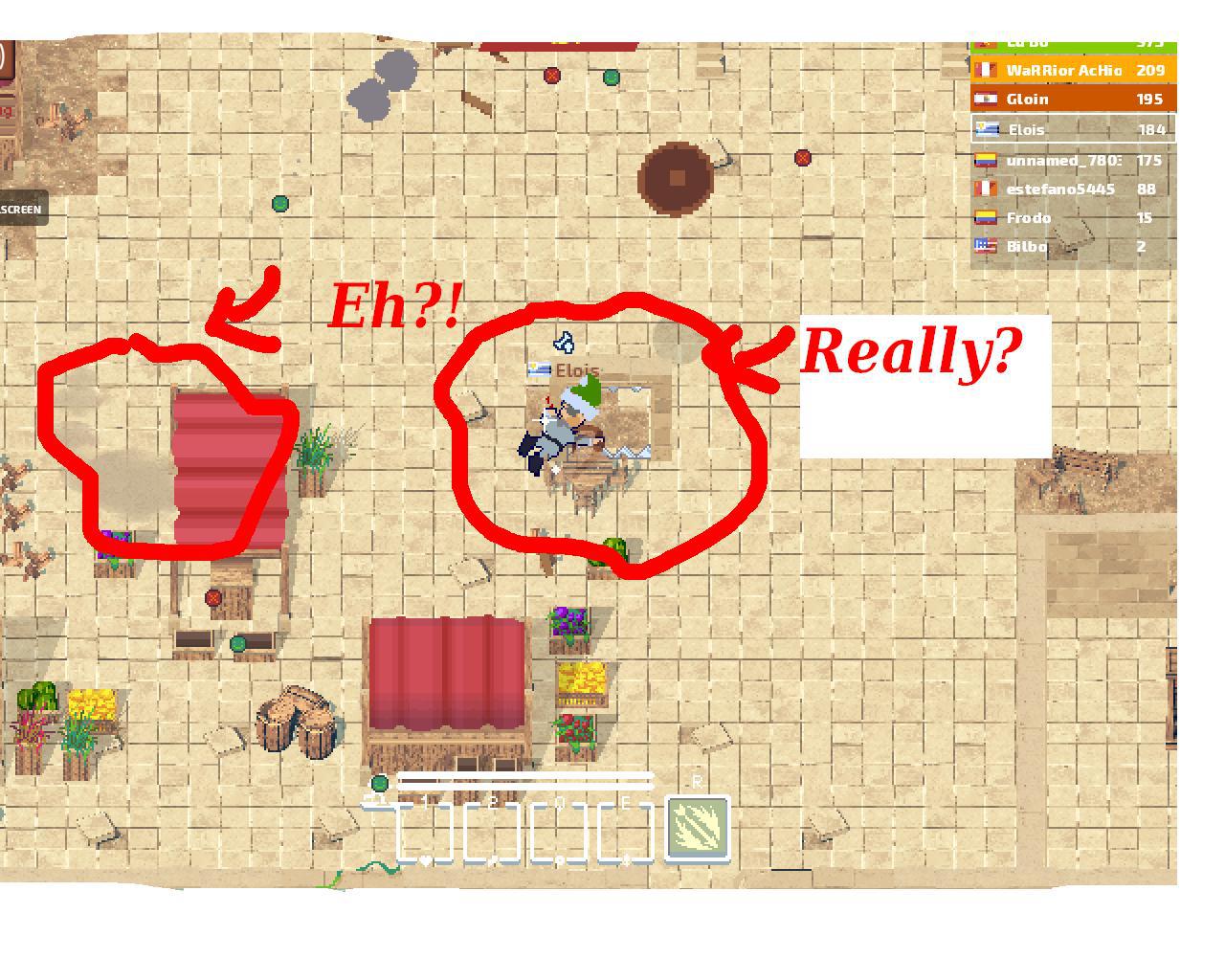 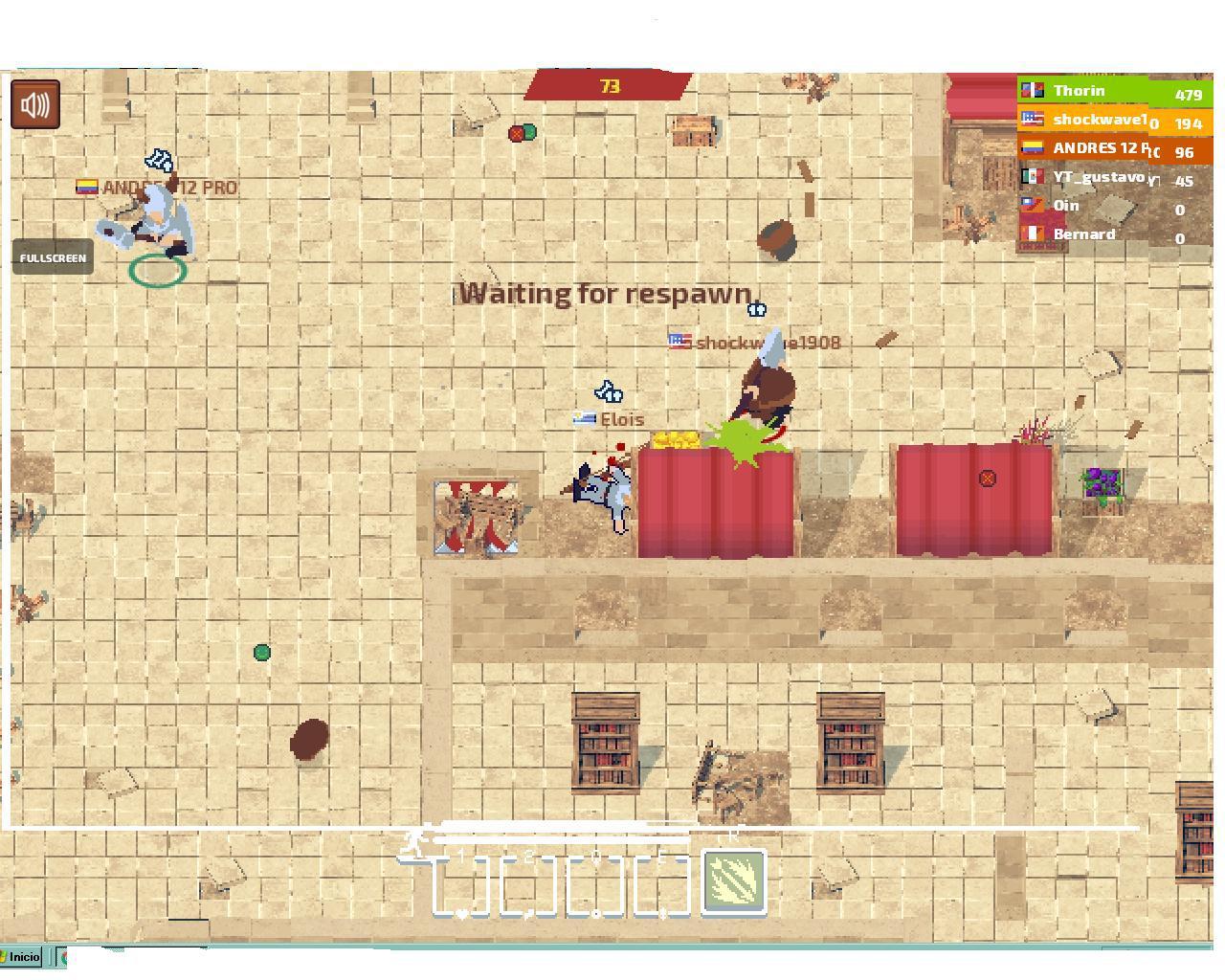 want what? the art engeine