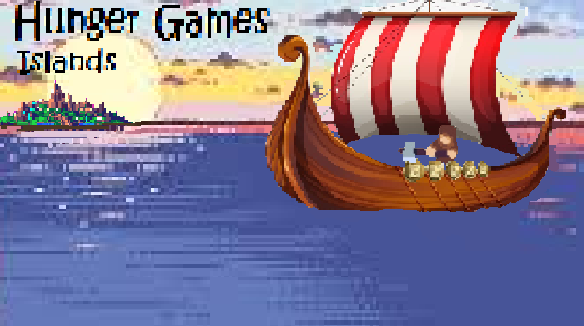 Hello my people! this is my idea about the new game mode, hunger games (islands)

At the start of the match, each player would start at a certain place, as indicated on the map: 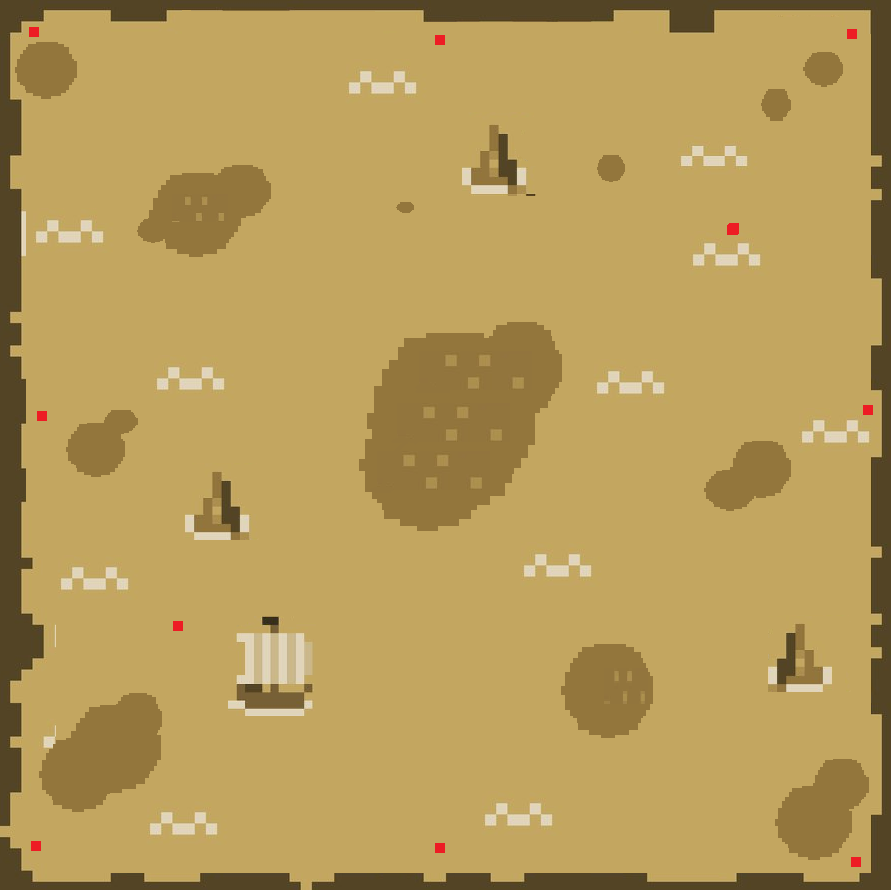 To get around you would need your boat, controlled with the standard keys WASD.
(images taken from the clash of clans, because I definitely do not know how to make a boat .-.)
You can upgrade it, allowing you to shoot cannon balls at enemies, but that would require a lot of gold.

If you miss your boat, you might be able to get around swimming, but it would take a huge amount of time:

Similar to wanderers.io, you would collect resources from the trees and stones to enhance your equipment (I guess I do not need to explain, right? :P)

in addition, this game mode would only have the initial items of the game, healing potion, fury potion, knife and bomb

The most lucrative island of the game, full of trees, life and features.

In the forests we could also be lucky enough to find treasure chests, which would give coins and items (knifes and bombs)

The main enemies in the forests would be the goblins and the yetis
The goblins have a new design :)

some goblins would attack in groups, and they would mainly drop items.

Islands of desert would be dangerous, with snakes, cacti, and scorpions, but they would also have many stones, which when broken (with the sledgehammer) would give him much gold.

(you can see a lot more about these new animals in my friend Shadow's post:

The main enemies of the desert besides snakes and scorpions would be the ogres.

In the deserts there would also be the totems, which, when activated, could give you both good and bad things, check here: https://wilds.userecho.com/communities/1/topics/4309-new-building-the-totem

A hostile and icy place. It has no snakes or ogres but be prepared to deal with thin ice about to break and goblins wizards ready to throw ice on you.

The magical goblins would have a great artificial intelligence, would avoid the players and would shoot of far, in addition, would only die after three blows.

the yetis would also have a new design. This idea was not mine, in fact, Brai had it:

After 10 or 20 minutes (depends on the amount of players)
the map begins to close, forcing all the survivors to go to the central island.
There would be a battle between the last survivors.
When killing a person, you gain 1 point, and if you are the last to stand, gain 3 points
The player with the most points wins the match.

Well, finally I finished, say what you think below, I hope you have liked it and even more!

Wow. That seems really complicated and difficult to do. It sounds really cool, but I'm not sure it would fit in with Wilds.io. It might actually be better off as a completely new game, but with a lot of things borrowed from Wilds (like in Wanderers).

I had thought of that, but as rezoner is already producing a new game, I thought it would be better to quote it as a new mode.
Either way, it fits better as a new game, but to actually be produced, maybe only in the future...

well, I'd rather wait a year than she'll ever leave, as is the current case.
This new mode can lift the game again, not wanting to brag, but really, many would like to play it

Minecraft ice :D. But still a great idea, so +1

too specific, the basic idea is good but hard to implement in itself as its huge. i'd love it though, only for the feel of exploration

in fact, the texture did not come from minecraft, but it really does seem

Bvmp because this forum is empty and needs some more chaos

Oh wow.Well at least Ukryty and Seal aren't trashing it😁