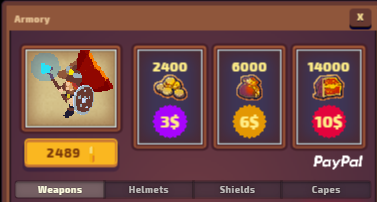 1. Instead of the blue tip of the Ice Wand, The Air Wand will have a silvery tip of the wand, looking almost like the stamina potions color. 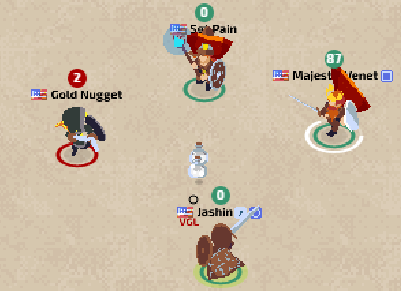 2. Instead of the blue aura around the tip of the Ice Wand, The Air Wand will have a sort of windy, gusty aura around it, kinda like what happens when you dash.

Regular Attack: The regular attack of The Air Wand will do 1 damage (out of 8 hit-points. The animation of the attack will be the same as the attack with the Ice Wand.

Charge Attack: The charge attack will take as much time to charge up as the bow, so about 1.3 seconds. The charge attack cannot be held in like the bow can, as soon as its fully charged, it fires automatically. 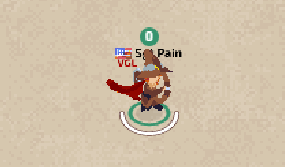 The charge attack will shoot out a gust of wind out of the tip of the wand, dealing 1.5 damage if the gust of wind hits the opponent(s). The gust of wind does not stop once it hits someone, the gust of wind goes through them, allowing the gust to hit multiple targets. The wind gust only is stopped when someone blocks the gust of wind with their shield, or after the gust travels a certain amount of distance. The gust looks like the aura around The Air Wand, which resembles the effect of dashing (pictured above). The speed of the gust is very fast, about the same speed as the flaming arrow, and it has a special effect. The special effect is that when you hit an opponent with the wind gust, it cuts their speed in half for a few seconds, as the force of the wind makes them slowed down.
Special Ability: The Air Wand shoots out a grayish, blackish smoke cloud, similar to what happens when your run in-game, that if the enemy fails to block, or dodge, the smoke cloud picks them up and throws them away.

The animation will be exact same thing as what happens when an ogre picks you up and throws you. The speed of this smoky cloud will be slower than the gust of wind, it's speed will be about the speed of a ice crystal being shot out of the Ice Wand. The attack won't do any damage on impact, the damage will be done when the player hits the ground. When a player is trapped in the smoke cloud and is about to be thrown, nobody can deal damage to that player, as they are too high up for reach. The damage will be the same as the when the ogre throws you and you hit the ground (I forgot how much damage it does, sorry!).
I hope you guys liked my idea, and I hope rezoner likes it too! If there is something you don't agree with, post it in the comments. Thanks!
-Sgt Pain

Hehe I'm in that screenshot

there are some things that i won´t like about the air wand:

2)About the same speed as the flaming arrow The flaming arrow´s speed is pretty fast and almost the only thing that makes bow good having it on ANOTHER weapon will make bow useless.

3)Having the bow´s special on another weapon AS CHARGE ATTACK! wich means that you can SPAM IT HARD AS HELL and it´s even more overpowered than the bow´s special because it just keeps going for an indefined amount of time  and the fact that it isn´t the special attack is just OP.

4)As Ukryty told me in my first post ¨we already have claws¨ WE ALREADY HAVE A WAND.

Rez is planning on a fire and maybe earth wand too, so...

So an ice wand with a ultra OP version of the axe special?

It's an interesting idea, but definitely balance it up. The charge-up attack should only do 1 or maybe 0.5 damage and shouldn't knock enemies over, and the special shouldn't do much damage. It could be more of a mixed melee-ranged weapon, so maybe 1.5 damage for the normal attack?

And the sprite is a re-color of the wand, so something like this?

Every time you say gust it gets faster

Whoa whoa whoa. Can't the special ability be something like this?

It would create a force which would send everything flying in all directions!

it has to have his downsides so it wont be op, here is my idea

attacks not as fast as the ataff something like a long range shock wave that makes normal damage half the damage the arrow does,it cant be kicked cause its wind, but shield can do the trick

best combo would be : block hit normal attack and the same moment special.. i can see it now

something cool is that the normal attacks can hit normal arrows?

i love this idea!

Will you hate me?