In football, if you get killed right before another round starts (that is: near the end of those 5 seconds after a team scores a goal) not only your character will appear with no accesories nor healthbar BUT NOW ALSO if you press spacebar to jump anytime after the round started, the camera switches and starts following the ball, as if you were dead. This is during the round, while you're alive. It solves itself if you get killed and respawn during it, then the camera comes back to normal, but if you don't die during round, it can prevail to the next round and so on. 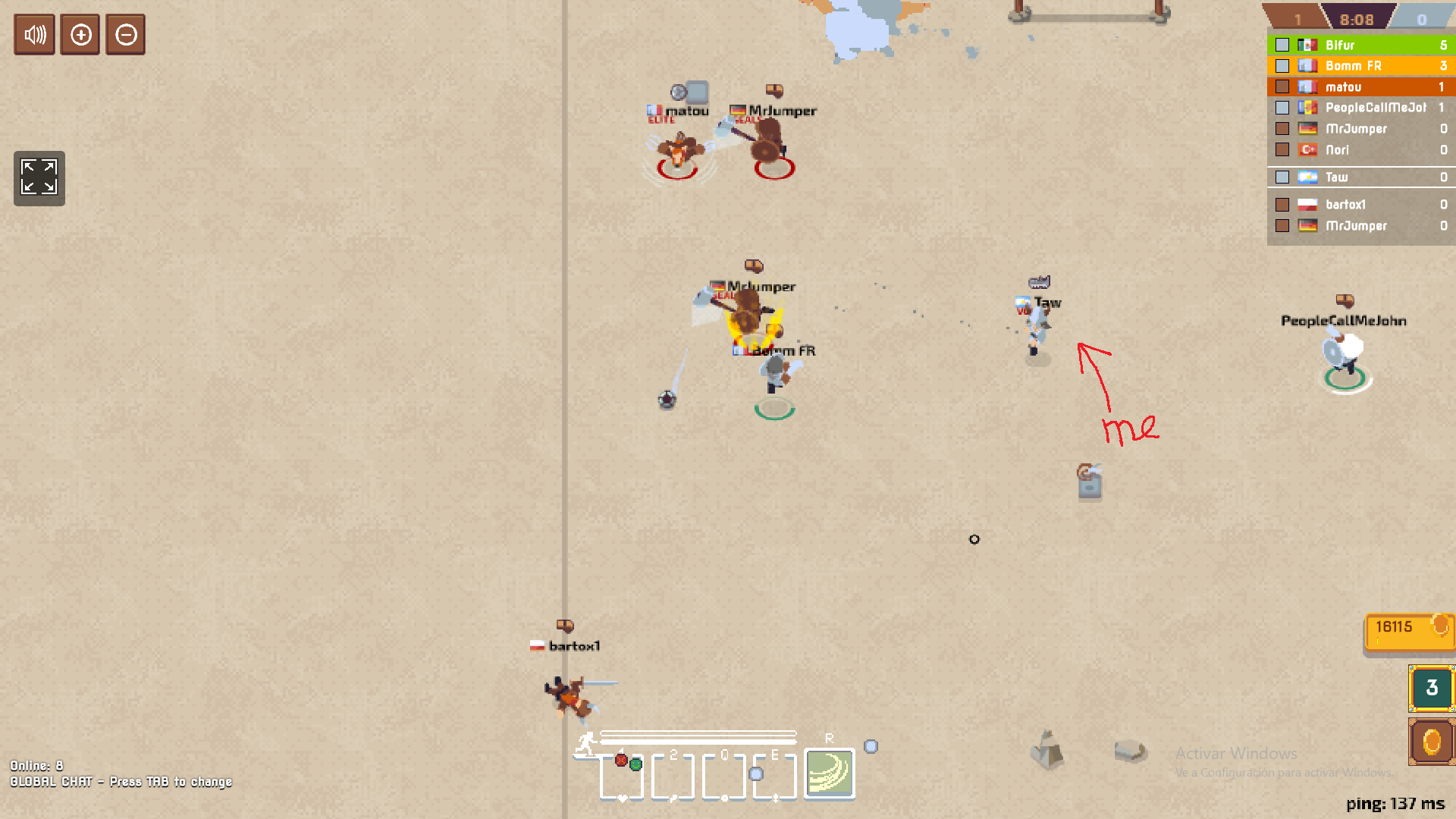 If I can get a console screenshot while this happens, I'll add it in the comments.

This also happens in browars, I guess it's the same bug.

I know how to open console, it's just that I couldn't do it yet because of the fast paced football matches I get into.

similar bug and happened once to me in a 1v1 : you die, respawn with no health bar and camera is focused on enemy

you clicked the space bar?

true true. Makes it much harder when this happens +1

Yup,and it's annoying as hell.

I thought only I have that problem, and I didn't knew when I died once on match. This works when you die right before round in soccer starts again (after goal) and you have no health bar etc. It's well known bug, but when you try to jump when your body have that glitch, you just have to follow the ball as much as you can. This is also nice exercise for moving with clones :D