Improvement of scoring system in ruins and soccer

Hello, current scoring system works not bad, but i think this still can be better.

Below i show my idea:

Because when you kill enemy, bones from him still can be stolen. I think half of the bones should be automatically added to killer score, and other part should drop on the ground. When you fight with melee and you kill the player with good amount of bones, sometimes you collect maybe 10% of them. This can be annoying in some situations because player is not rewarded for kill a good player.

Also i think not bad idea is bring back old marks which show your place on the leaderboard.

It gave you some satisfaction when you slowly gained a higher rank ;3

Who not remember , i show the pic with them: 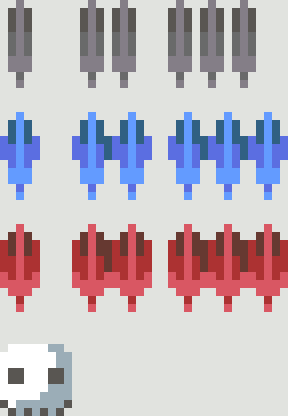 I also think that the scoring system for football should be changed to this when which all players gain score points, not just those who score goals. Cooperation now is not that much important in this mode because only players who score goals are rewarded and those who defend do not gain anything, even though they also work to win the team.

That's all I wanted to write, and as always I'm inviting you to talk about what you think about it. I think this should improve current scoring system in ruins and soccer.

Personally what I think that only matters is Arena rank and it should be displayed everywhere :D

Well this is most prestigious rank in my opinion. But not everyone play in pvp. I know some people who is very good in ruins and not play in pvp. Old rank icons is good because everyone in ruins can earn them for short time, and don't must play in pvp.

Exactly, in my case, normally I dont play arenas (many people neither) butI could beat people from the top 10 (of course I'm not saying that is easy or Im the fucking boss or even I could do it always... nope) but there are veteran people who will not have the "symbol" just because they dont spend time in arenas... Each rank with its game mode.

I don't play too much Arena, but if it was displayed everywhere, I likely would.