Bots - Are They ​Really​ Helping?

Topic of Interest: The 'community' of bots in Wilds.io has gotten out of hand, running into walls, extended ranges, spamming, character readings, obvious movement systems, etc.

Introduction to Solution: The number of bots is bringing the game down and needs to change for the better, Rezoner. As a matter of fact, I can speak for the guild saying that the majority of the Vigilante members (currently 22 members strong) think bots are only necessary for the training sessions and playing a small roll in CTF. I cannot emphasize this enough, but the game does in no way need anymore weapons or clothing besides previously planned ones like the wand. Bots are an issue that is bringing the game down drastically as a whole, going into a game and seeing more AI than actual players has got to stop. Many new players will see all of the bots and think that the game does not have many players, or they will see all of the bots and believe that the game is broken due to them huddling around the flag. Possible

Solution: Lower the large amount of bots (max 8 per team), they are blocking the game from it's true potential as an .io game. It is really sad to know that if Wilds.io is to fall - let it not be from bots. Only having 8 bots per team with assigned roles on each individual team would be beneficial. The bots would not move unless enemies are near and could be killed to get access to the flag. It would make it so the flag could not just be "drive-by'd" and be taken so quickly - the enemy team would have to earn it by fighting through highly advanced bots. Also, the bots should be distinguished from regular guests as well. They could have the name "Guard" with a darker background to avoid confusion. 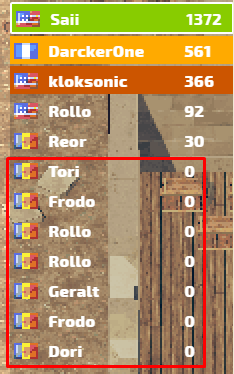 I agree you end up getting swarmed when getting the flag and then the stun lock comes in etc.

How about only having two per team. And they will have different armor from regular players, and perhaps a different attack, such as a shield-bash, with knock back/down effect. 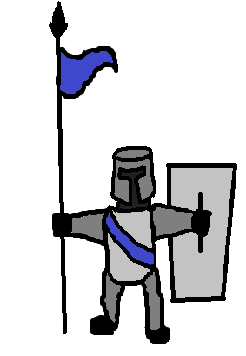 Maybe, but this is creating extra work for Rezoner that's not really needed. He's already said that there's only so many skins and weapons he can add due to the game's engine, so it would make his job easier to simply make the bots distinguishable by their name and darker name background. I do like the shield bashing idea, however, again it's making more work that's not really needed. He'd have to make an entirely new move for that, and it would only be available for bots.

The shield bash you are referring to is actually already a thing. In game, sprint with your shield up - it does damage.

I think that he should just get rid of all the bots...they're not helping at all. In fact I think they're actually making the game worse. because:

2) they mob attack you and you can't get out, especially if combined with a real player,

3) the only reason I play this game is to fight with other people and have fun with them. It's nice to see peoples reactions, and even when another player is a lot better than you it's still really fun, and it makes you try harder.

Bot's are there only to fill missing players.
With the next update I will nerf their combat response as well as numbers.
Bot's should not be an issue in a game where there are enough players - unless I messed up the logic :)

I would like to thank you for responding to this issue.