How do you imagine mage character? What attacks, what skills.
It's going to be mana based offensive character. Hmm,attack is with mage,but at two shots the player get hurt(sorry for english I'm romanian) And the skills i do no..

you have really good english

For these all characters need to be a patreon?

Yes, although I will be looking forward for different payment methods as Patreon doesn't click for most of the users.

:( i cant donate anything

I would love to use paypal

I donated but how much you really would like to get a donation so you could work faster on mage Cuz I'm really in love with this game.

And here comes the truth about Patronage :)
1000$ of donations were fake. Which is super sad, because I said no to contract works and invested a lot of working hours for free.

I wondered how you got on with that. People suck.

Dont make them all patreon since it will put F2P players , such as myself (i would donate if i could) at a disadvantgde

i think maybe the special move could be some sort of fireball maybe triple fireball depending if the classes are better than another, but if it is just one it should have the same effect as a knife or maybe no instant damage but a

p.s. once you are finished these two you should try making a archer/slingshot type character. (also just to keep some diversity it should be a woman)

Weak health and high attack? I think the model looks a bit like the wizard in Clash of Clans. Maybe he should have a staff?

well, the mage, first the desing xD locks badass at first let`s see if in the game will be equal,

now, about the game play, weak long atacks = knife 1/4 stong but with recharge

the right click scroll up thing xD some sort of rock/fire/ice atack (this gave me an idea about a man discuss as the other team and boom! knife uo his a**)

insted of kicks, long range stuning atack, no damage, no so much time but, blockable or just the wind

normal roll to escape things but no headbutt effect

and can you put e right click scroll down to some barrier like power but isted of bock brings down an enemy? no damage but is like a kick with 180º and like mage badass xD

and sorry for my inglish xD

passive: if an enemy is near to you on 10 seconds.. he starts to burn

a sample fireball to bring down the enemy.. at the wheel up! instead of roll, you uses a boost of explosions at ur back

basic attack: an small area around the target of fire.

Knife: a knife normal but with fire..

I'd say there should be one fire effect, but everything. I'm thinking a ground based "earth" attack, Example, a group of spikes pop up from the ground doing a quick short of damage with a radius slightly smaller than the mine blast ring.

Instead of a roll/dodge can how about short range teleport (that works through rocks) it could cost a small ammount of Mana or have a cool down.

MAGE SHOULD USE SPELLS

- spells should have cooldown and cost mana

- spells damage should depend on attacker and defenders player skill

- 1 damage on impact (can be blocked)

Knight is attacked by mage with meteor :

INVISIBILITY (wheel down) - cast to run away, you gain invis for 5 seconds and extra movement speed

- enemy can jump to dodge spell

- enemy caught by wave takes 2 damage, is knocked X unit back over 1 second and falls to ground

- it can be used to set up meteor

- while player is dragged by wave he can be attacked

TELEPORT (hold right to channel) - teleport to cursors location, the longer distance you want to jump the longer it takes to cast spell

- 1 damage spell which can be kicked back to mage

- fireball vs fireball = both vanish

With introducing new class I'm sure that player should be able to change class while in game, before respawn. It should be situational to counter enemies team and to support your team.

I imagine him being like Mega Man in Smash 4 with his attacks all ranged and being able to put tremendous amount of pressure on an enemy.

LMB: I think his LMB would be a fire ball that does one damage per hit.

RMB: His RMB would be a ghost hand that can grab players and items from a distance.

MWUP: His MWUP would be a wave of water that knocks down enemies, but it has a very short range.

MWDOWN: His MWDOWN would be a wall of electricity that forms around him that does two damage, but he can't move.

RMB+MWUP: His RMB+MWUP would be a metal spearhead charged with fire and electricity that does 3 damage, is hit-scan, and breaks block.

i think its a little to op

These are just his move set, all the cool downs, health, and damage stats will be decided by the developer

maybe his special attack is a shock wave

A class already has shockwave

i think he can range shoot fire balls, with fire status,or ice rocks, that will slow the enemy, but if this are too hard, he can roll a stone,create a wall, or heal, to support that will be funny.

maybe if: right click, freeze near enemies; wheel up, fire balls; wheel down, roll to run/run;left drop a meteor. if all these spells cost mana,(frz 20; fire 10; meteor 50) he will not need to have an spcial attack

this is the help fron Brazil, tanks

Thanks for all your ideas. I have now a draft of a mage - after soccer mode and items I will get to work on this new hero.

How long you will PLANNED the mage. if u reply i would aprecciate it :D

This game is on the movie Called "The Lord Of The Rings" Lord of the rings is a mission to burn the ring And a movie called a The Hobbit The hobbit is a mission to their homeland on the Mountain suddenly a Dragon apeared sleeping inside the Mountain And but the dragon did Died with 1 Black Arrow. Will u add a Dragon Rider?? or a Archer?? i would love it And ALSO A DWARF

i think it can be the special move of shaman

0
Nicolas With an E 5 years ago

Will fire small lava stones, having an after affect(Fire) and dealing small area splash. Reload is pretty slow(2.3 seconds), and does not deal a lot of damage.

Health- More than a grunt, but reduced healing

Speed same speed as a Zerk.

Bombs deal extra damage to the mage, and arrows(If archer is implemented) and knives can skillfully be dodged by perfectly aimed stones

developer I want you to be creative with the other moves, but it would be cool to add at least one of these mechanics to the mage! 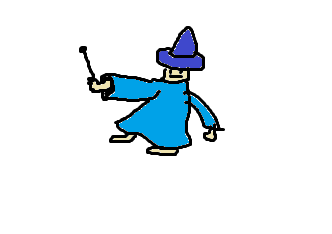 Make an skill of summoning the pet wolf or bear?

in my opinion mage is not wild. shaman its wild, mage-not.

it can shoot little fire balls but there is a one second cooldown. special move can do a big red fireball? you will probably not do this but im fine with it

good idea plz respond if it is

Ok, so therere will be no mage as in different character - we will use the new equipment mechanics.
I will add mage staff and hat to the armory that will give you different skills.
ALTHOUGH if the ranged combat break the game I will have to remove it :)

You should give the mage an escape mechanism, like teleport instead of rolling forward. That way, the mage can move through walls every so often to run away or chase somebody.

Also, if he will not have a shield, some other sort of defense should exist for him, just make it harder to use than simply bringing the shield up to cover you.

Could you add another kind of magician?