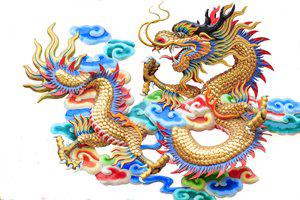 Something smaller, around the same size as the player, from tail to nose about the height of a player.

It would have as much health as three knife hits( I think they do the same damage as arrow, right?) And would have two attacks.

But what would make this thing interesting would be it would have two states:

And a walking state.

It would walk on the ground. (Duh)

Here's the attacks, which would vary slightly depending on what state it is in.

Flying: a quick descent to hit the player. Can be kicked, knocking it to it's ground state. Blocking will result in an axe special affect. This attack would do sword hit damage and would be jumpable.

Ground: A Bite forward. Can be blocked. Can't be kicked. It can be hit if you attack it.

Flying: would shoot a ball of fire at you. Blockable.

Ground. Would shoot fire at you. Blockable.

After flying for a while, this lizard could go to the ground near a player and attack them, depending on what rezoner wants. Up to him to create a pattern for ground to air transition. I'm sure he'll come up with something good.

How do you imagine this monster fighting with Ogre? XD

And you forgot the most basic thing in adding new monster idea - how much damage it would deal per hit? And how fast it is?

What matters is having monster a challenge,so a bit bigger,faster and stronger is big YES.

Bite/Swoop: deal hammer damage to you if not countered correctly

Also make them be in packs.

Am I the only one who knows damage dealt by everything in this game in NUMBERS?! Arrows are dealing 1.5 damage per hit and roll is dealing 1 damage per hit, hammer is dealing 2 damage as normal hit and sometimes special attack, and 2.5 damage per hit with charged attack. So, your bite/swoop seems a bit too much, I think it should be 1.5 or 2, and Fire should deal 1.5 damage like an arrow.

You're not only one.

Yea,and If you need proof,there is plenty of those in my topics and others.I know this in numbers since game was in the womb.

Hammer does 2.5 damage on both a normal hit and a charge attack. Remember, most monsters deal at least 4 damage on a normal hit, so 2.5 isn't much. And the bite is blockable, so I feel like it's fine.

This sounds like.............more work for me. I kill the trolls while waiting for browars/arena. It's hard enough with 2 trolls.

It's a good idea, but would it give out GOOLLLLD?? And if it did, how much?