Well. I think it is not neccesary a big description of this.

If you combo "Mirage Potion (as many times as you want) + Bow + Runner mode" is a fucking disgrace for the rest.

Arrows have excesive range, so they are making circles until they hit with something, even your body :D In addition, if you have 2-3-4 clones and you are not completely drunk.... imagine what happens... with the actual blocking is a bit insulting.

A good solution would be NO DIRECTIONAL BLOCKING against longe range, but also:

- Increasing the time of the blocking

It is not the best picture and there is only 1 clone, but you see that arrow making circles and coming back to the cursor.

A solution to the arrows circling may be to make the arrows less sensitive (OatMealKasha's idea). -> Making them move towards the cursor less, but still following the cursor slightly.

Also, I saw that the special attack of claws can be stunned, that doesnt happens with sword for example.

In fact, bow is broken now. It's almost impossible to predict arrows motion, and also, kicking back the arrows has no sense at all (they will almost never hit the archer).

What's your current nick in the game? I would like to assign the "builder" icon to your account

TIL: my user finder is case sensitive

what are you talking about? if you reflect an arrow, it will follow your cursor, so you can direct it. And you don't need to predict arrow pathways when you can block and kick any time. It isn't about dodging.

Yeah, basically everything in the update is broken.

I definitely agree with these points. Bow is definitely broken. +1 for you! 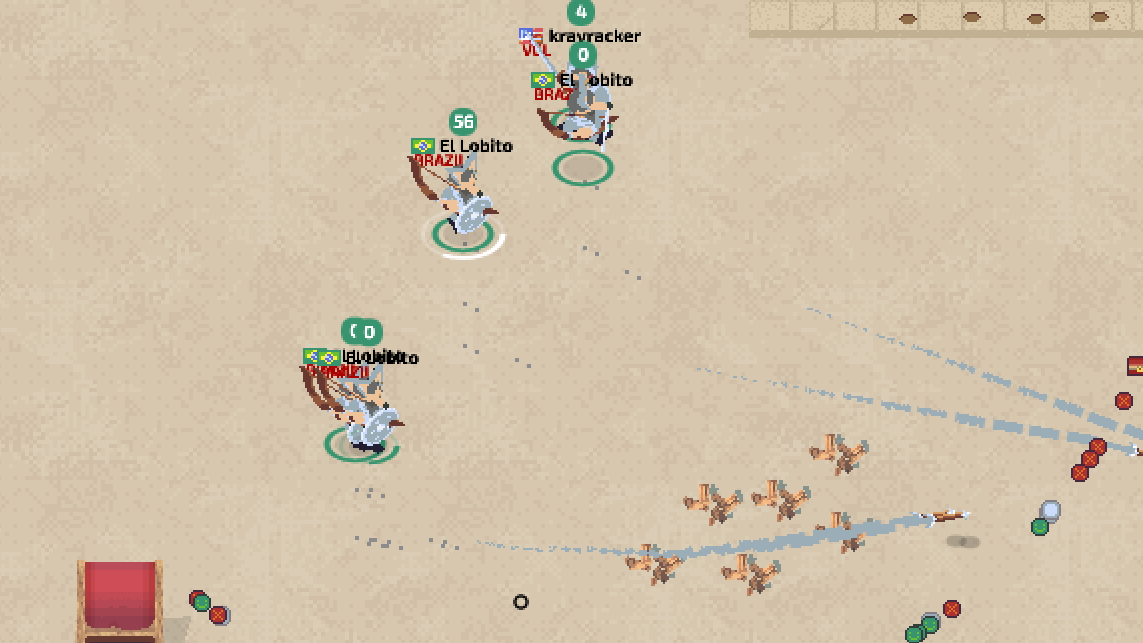 Sorry, but another update to this. Srsly?

The 3 arrows you see below will make a circle while the archer shoots new burst and all of them (arrows from 1º and 2º burst) go to the cursor.

Hi Rez, I don't want to create a new topic if it is already created, but I would like to push it a little bit...

People want bones and they don't care about the quality of the fight or the environment. They take the easiest way to take them, even if it destroy the game.

Do you think this is normal?

Should it be neccesary to tell you all what happens when you mix:

Even using only the zoomout.... do you think it is normal anyone can hit you from the corner of the map to wherever?

examples: If you want one picture with an example of the zoomout... tell me, it is easy :D

Yes. I died. After that another player and me killed them (but we needed 3 lifes)

And yes, even a Builder do it :D Tytan, It is amazing how you can hit with 3/4 of the map away.

(This picture is when he had only 3 clones, he had later many :D)

JUST FOR THE FCKNG BONES! 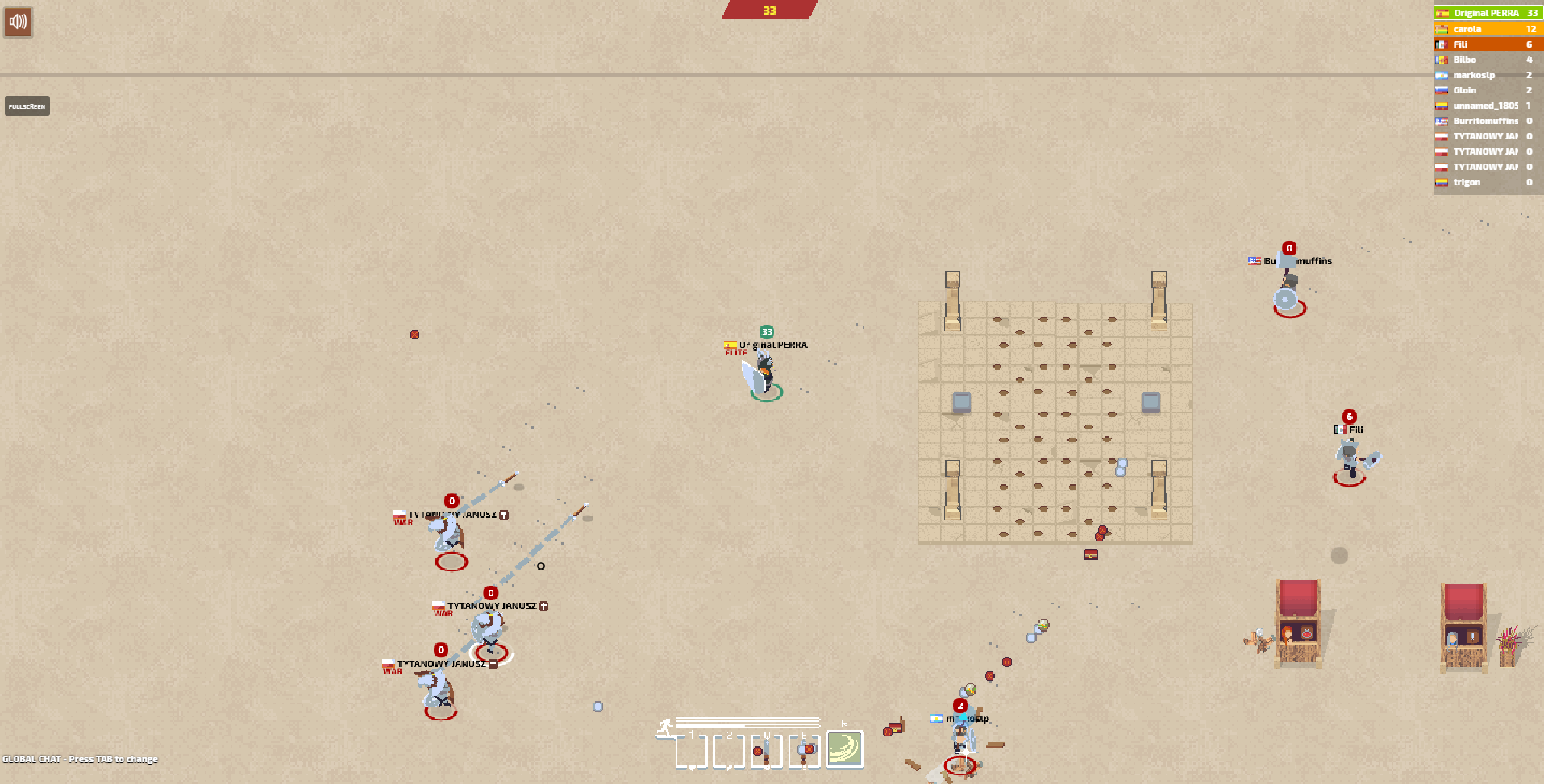 ANYONE HEAR OF THIS NEW THING CALLED KICK? I heard it kicks the projectiles back

OH MAN, THANK YOU, YOU ARE SOOOOO ZZZMART, PLEAZE NOW TEAXH ME HOW TO WRITE MY NAME.

Poke Hano, YOU ARE MY HERO, thanks for your contribution, really, now you can sleep well.

But they can kick as well, and throw directly kinfe 1+2 + special if they want, and if they are far enough, another burst (pssé, using zoom out) OH didn't you know that? oh fuck, I release a monster :_( Try to fight against a no one-handed player and you will see (or just keep playing with magical arrows coming to you)

That "most" is the key, if you don't block ALL arrows (or knifes, special, previous burst...) you are simply died.... and they are not going to you as "1" arrow.

Don't say this is fun and enjoyable.

I don't know why people haven't complained about the chicks. Using this the bow/clone combo and a having a fair amount of chicks literally makes you invincible. Hog a corner and you have endless heath and unstoppable firepower.