Second, that's a melee nerf, so bow/staff are now op.

Fifth, veterans will have to relearn fighting, as this has way more impact on combat than all the ado concerning charged attack.

I see that it has advantages as well, for example now you will have to avoid getting surrounded even more than before.

So my question is: are you serious, is it April 1st yet, aren't you afraid of an angry mob of veterans and have you really considered the points I made above?

Well I don't know about the other veterans but I like the directional block.

For your second argument: Ranged was underpowered before this, now it's more balanced.
Third argument: I think it's not that much harder to learn, it's just logical that you have to block in the direction it is necessary.
Fourth: I think it makes the game more skill dependent. You will have to focus on blocking where it is needed. I have no problems with it so far.
Fifth: I didn't have to relearn anything, but that's just me xD

This is just what think about this, though, I don't speak for everyone.

I just want to say that it's been around for two days and nobody have noticed until I announced it :)

Directional block must not be removed. I've been asking for it for months, and it will really make players think more about different engagements. It's instilling much-needed room for players to outperform through strategy.

i did notice but did not annouced sorry

False. I noticed that something was very wrong with the combat system, but I thought It must have been lag or something, in the absence of any other reasonable explanation.

By the way, I did NEVER MENTION THAT I WANTED DIRECTIONAL BLOCK REMOVED. It was a question, not an idea. Next time when you change something, don't change its meaning, please. In fact I support it. But without any notice what you were up to... well, my instant reaction to it was: "Seriously?". So I wanted to induce some brainstorming. That's all, really.

I am sorry but a post titled "Seriously?" is unvotable and unsearchable.

Don't take votes too personal - people are using votes to anwser the question in title - not to dismiss you as a person :)

Oh, so if you name your post "Remove directional block", then it's not meant as the title, but you just want to ask us for pizza or what?

It's me that have set the topic to "Remove directional block", because it was named "Seriously?" which is not informative.

Ah ok. But now i can't delete this post :D

So that's why I suddenly started sucking at wilds xd

Bow/staff op? try again. Bow has been underpowered since release, it needs some love, and I am SO SICK of people complaining that they're getting grouped up on. IT's called strategy: Plan your engagements, be aware of the magnituede of your opponent, and know when to disengage. Don't whine in hte forums that it isn't fair when you get double teamed, it's a TEAM GAME. Instead, try and actually think about what you're doing in game for once, that should help.

I don't even know what it is. Who can explain this? 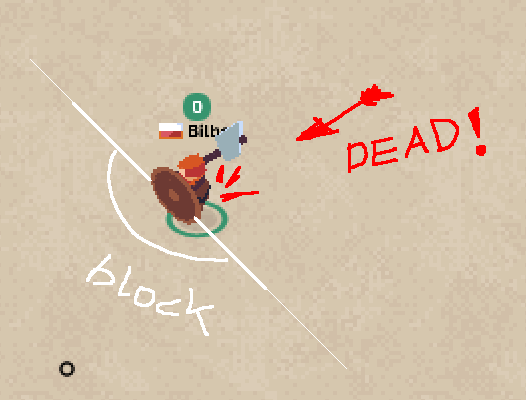 Well then I think a block should leave players without a team, as they against all, and when having a large number of points they are trying to kill five players, it is very necessary.

You play without team so you can kill anyone for their bones, something for something.

Rezoner, next you need to make kick deflect directional.

People finally seem to work as a team in ruins and it buffs normal attack which was already very bad to use most of the time.

Also Sledgehammer is much, much stronger now. I scored few hundred bones fighting almost only ice wands and swordsmen teaming up on me.