Claws would replace the weapon in general, in turn for very close combat and attack speed, and replace punching. Damage is 1.

SPECIAL - Pounce like a tiger, and then bring your claws down on your enemy. Could also be used to escape, Damage 3

WEAK ATTACKS: Slash your claws from left to right, non-stop.

CHARGED: 2 damage, either left on right depending on the last used direction-- Slash in a horizontal arc, small range but possibly useful? Charge up time: 3 seconds.

First new idea that I've given out. I hope you like it. Thanks for listening!

P.S. Please make the fox mask into a pelt suit, I think it would contrast well with the claws.

Claws anyone? Coming with next update.
It's a purely savage weapon, no sophisticated skills. Just tearing to shreds.
It's fast attack with low range and damage - and it doesn't push enemies back as much as other weapons so when you get close enough to someone he is dead in seconds.
You can also see pretty slashes that I have added to EVERY weapon.

Yes I do like it, especially that I can use punch animations for claws attack and it could also cease requests for twin axes (hopefully)

Glad to hear, I hope you can make the most of it!

How about no shield for the Wolverine? It will be kinda like the old berserker

It would be good to do some tests, how it works, but I think it could be interesting. Specially for players who can remember old times <3 (I submit the beta tester :>)

but he will still have the shield ability right??

It doesn't seem over-powered in my opinion, nice post.

Bump also! I want this to be relevant again. And to be a real thing! Parries was ignored, as I have said..

So why not? I get the idea that clans, and other things are being made/resolved.

But can't I get at least one idea into the game? I'm not trying to be Seva Kotletki, I just really want one idea from me to be a thing. :c

Thanks, and much love for what you have given wilds and it's community!

Sorry Seraph, I have banned your follower Daniel - I asked him to stop digging up your old posts but he won't.

Bump. I'd like to know if there's been any progress on the claws, sorry if I'm digging up my own post but I'm really curious if it will get in or not.

I understand that clans are still being worked on, but I want to make sure I'm not gonna waste my current coins on the Fedora, then the Shield (shop items) next.

I'm getting very close to getting either one. Thanks!

Nope - this is what I am working on - and until it's done no other updates are coming. 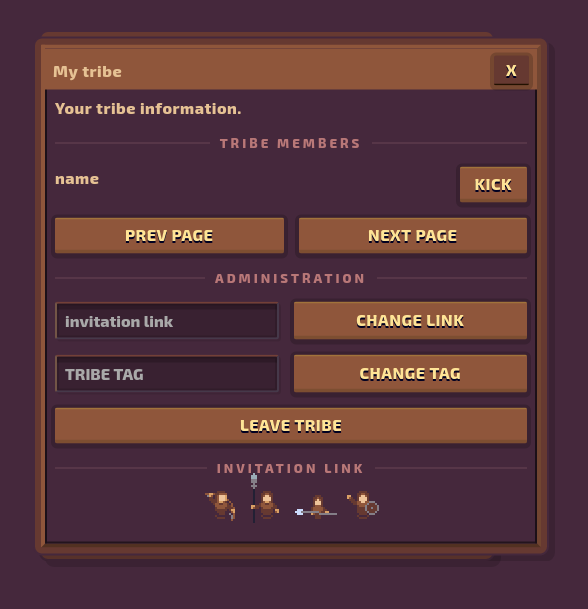 Claws anyone? Coming with next update.
It's a purely savage weapon, no sophisticated skills. Just tearing to shreds.
It's fast attack with low range and damage - and it doesn't push enemies back as much as other weapons so when you get close enough to someone he is dead in seconds.
You can also see pretty slashes that I have added to EVERY weapon.

but with that shield cannot be cool

Bump. And hey, is there an estimation to when this update will come out, and how much both the spear and claws will cost? I'd like to prepare myself somehow.

But honestly these claws became very very incredible even

Power to spam attacks! We're looking at a an old bezerker here.